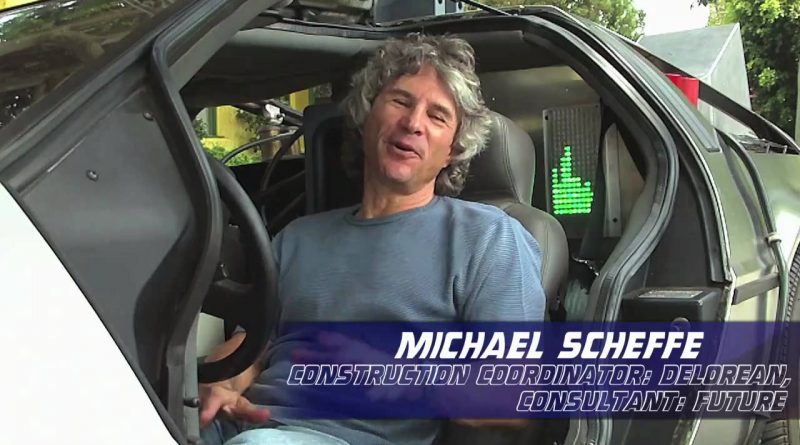 We are honored to have Michael Scheffe back with us for DeLorean Expo 2019. Michael was the illustrator and construction coordinator in the creation of the famous DeLorean Time Machine for the Back to the Future trilogy.

During his childhood, Michael loved to draw and create unique objects, especially objects that utilize wheels. This gravitate him towards an interest in transportation design, which steered him towards a career in entertainment design.

Michael worked on an number of movies where he illustrated props, set designs, graphics, and visual effects work.  In a short time, Michael was again led towards the direction of art direction and production design, which his contributions include blockbuster films such as Avatar, Back to the Future I, II, and III, Brainstorm, Class Action, FernGully, Radio Flyer, Spider-Man, Stuart Little I and II, TinTin, Tough Guys to name a few.

Michael is also involved in concept designs for theme parks and restaurants, including Universal’s “Islands of Adventure” and the Spielberg/Katzenberg submarine restaurant, “Dive!”. Afterward, Scheffe was Visual Effects Art Director on many films, including James and the Giant Peach, Michael, Monster House, and Starship Troopers.

You may also recognize Michael’s design work on commercials included clients like Honda, BP, Nike, and others. He also designed and built the original dash and nose for KITT – the Knightrider car.  He also has a fascination creating toys and have developed prototypes for Mattel and other toy manufacturers.

Michael’s will be presenting his DeLorean time machine illustrations, and discuss other concept designers within the automotive industry during our tech-talks & presentation day on Friday, June 7th. We truly appreciate Michael’s appearance for DeLorean Expo 2019.